US-based Coalition Against Drug Abuse tracked which drugs have become most popular at festivals, by looking at social media posts from festival-goers. 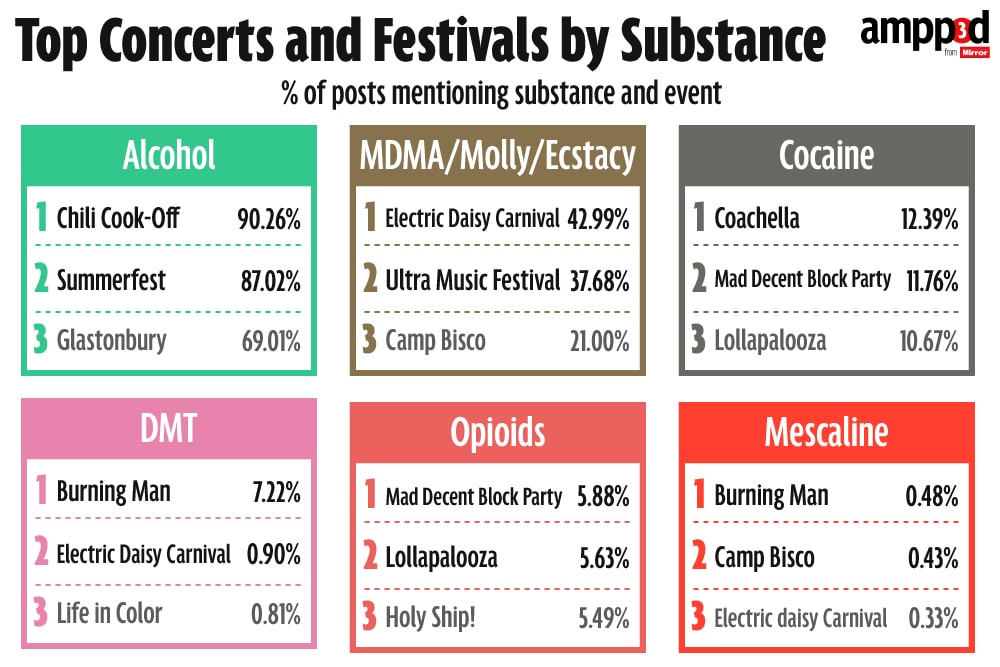 One of the most commonly used.  Festival-goers reported this approach to drugs. “Usually I buy them there but it’s also usually a rip-off,” says a festival enthusiast who spokeon the condition that he remain nameless because, as he puts it, “I’m talking about crimes I plan on committing again this July.”

One problem with getting high on someone else’s supply? Adulteration. “I went to Alpine Valley and smoked some weed that was laced,” says my DMB-loving friend. “My driver said he forgot how to see, and he was the only one who could drive a stick.”

“Especially since the festival started to focus more on EDM, molly seems to have taken on a lot more prominence.” Molly is the street name for powdered MDMA. However, use carefully because feelings can get too intense. 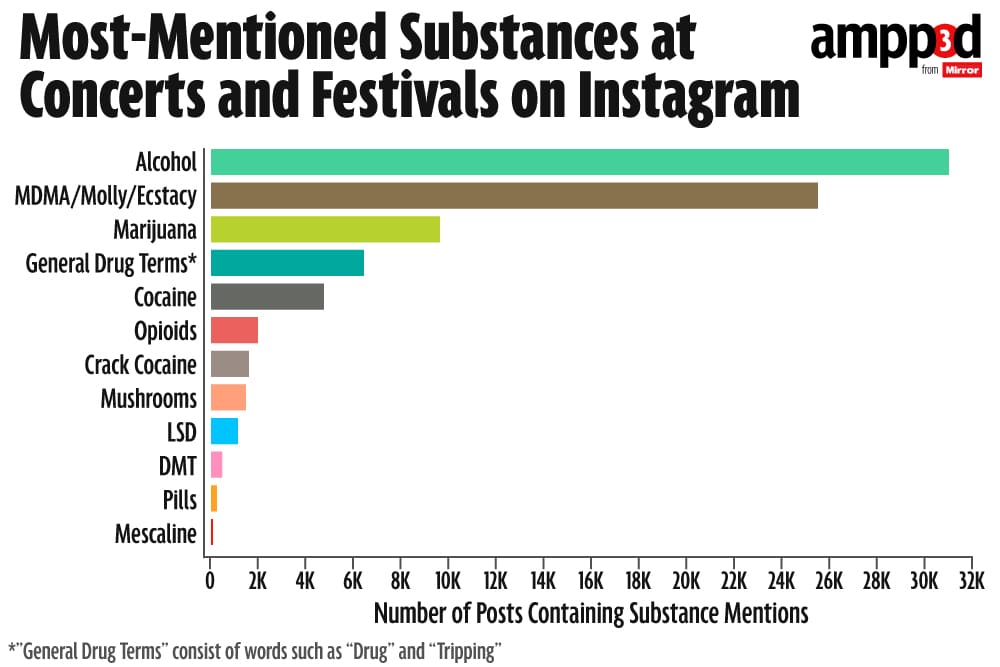