Making his Tortured debut is Liverpool-based Techno DJ and producer, Binny with his ‘Devil’s Orchestra EP’.

Binny’s journey as a solo artist started with a release on Orbis Records in 2012. Since then he’s gone on to release a further three EPs for Orbis as well as additional releases for Monnom Black, Symbolism, CLFT, Suburban Avenue, Forte Techno, Scenery, Demarcation and Flatlife Deep plus remixes for Endlec and Fundamental Interaction. Drawn to the music of Jeff Mills, Robert Hood, Surgeon, Regis, Steve Rachmad and many others, his DJ sets and production sound is tough, hypnotic, old school and most of all, uncompromising. As a founding member of the Phantom Planet Outlaws with John Heckle and Mark Forshaw, they have produced EPs on Tabernacle and Apartment Records as well as starting the Boss Tracks label exclusively dedicated to releasing Phantom Planet Outlaws material.

Taking another solo turn, this time for Billy Nasty’s Tortured label, Binny delivers a refined EP from the striking and demonic strings of the aptly titled opener, ‘Devil’s Orchestra’ via the multihued tough groove of ‘Alternative Methods’, before the Tech-funk of ‘Roll With It’ and on to the Sci-Fi tones of ‘Untitled’ which closes the vinyl 12”. Additionally for the digital version, bonus track ‘Lunar’ continues the cosmic theme with its propulsive beat and sweeping sonics. 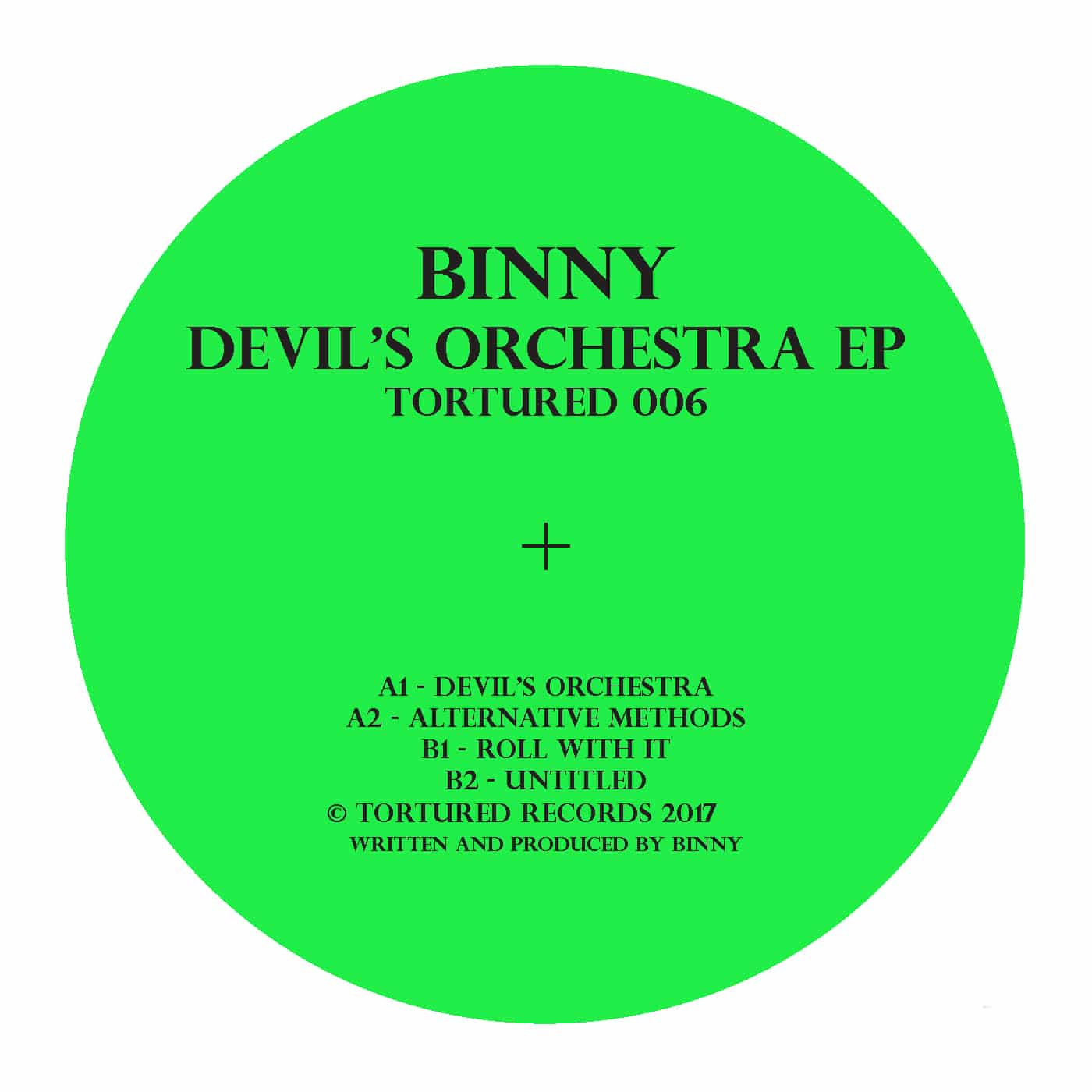