Now-legendary producer, DJ, and art director Juan Mendez arguably reset techno at least twice. Once with his surreal and Europe-by-way-of-LA ’80s surrealist apocalypse culture aesthetics for Sandwell District, and again–as Silent Servant–with his “Jealous God” imprint that captured the youth-driven mutation of crossover electronics and dark parties churning in the American underground, which followed directly in the wake of his game-changing modern classic, ​Negative Fascination​.

Mendez has evolved to more aggressive and stripped-down acid punk electro dance attacks on Silent Servant’s equally vital follow-up,​ Shadows of Death and Desire.​ While many would stall after the success of a now contemporary cult classic, Mendez took his time to deliver a more raw–yet refined–brutalism in his second album.

The otherworldly guitar feedback of opener “Illusion” is violently cut short with a relentless bass sequence erasing any preconceptions of softening with time. Stereo-panned dusty snares drag along concrete and break apart with without a past or future. The percussive momentum kicks with an energetic malaise straight out of Cabaret Voltaire’s “Red Mecca,” accelerating toward another form of dance music and black psychedelia.

Any assemblance of the introductory hypnotic sprawl is hastily dissected and left behind for the systematic tension of single “Harm In Hand.” Cold drum machine rolls that could have been removed with a laser from Twitch​-era Ministry are offset with a figurative vocal delivery not felt in techno since perhaps Suicide. The narrative matters in “Harm In Hand,” but is constantly disrupted by caustic guitar stabs. Furthering the struggle where many of Mendez’s peers would bury the voice in effects, the naked urgency is like slamming on the brakes while inertia thrusts you forward in space but decidedly not in time. In his own words, “The record is a product of a significant life change that wasn’t a benefit,” which is eerily felt from the start but is surprisingly washed away with the alleviating and human album closer, “Optimistic Decay” (which has become a mission statement from Mendez’s visual ideology). “Optimistic Decay” sees Mendez reuniting with longtime collaborator and vocalist Camella Lobo (Tropic Of Cancer). The pair recorded the original Tropic Of Cancer 10″ EPs with still-unmatched post-punk authenticity. Lobo’s voice rises from spectral vocal delays beyond dub. A subtle nod to Silent Servant’s initial Maurizio-leaning EPs but with the grandiosity and opioid slow-motion haze of My Bloody Valentine.

Also a student of cinematic deconstruction, the album looks inward from the exterior of LA’s untold stories in the netherworlds on the edge of the city–a rapid crash course in confidence games and subsequent letdowns. Having survived a five-year whirlwind of global travel and nighttime explorations into “fucking shit up,” Mendez reflects on his techno epics, saying, “What happens with failure? Disillusionment. I know it’s in a good place – I want to touch it, but I don’t want to live there. This is the not the person you are – don’t be this person. Stop.” Shadows of Death and Desire​ sets the standard in electronic post-punk. Expertly mixed and mastered by Josh Eustis. Designed by Silent Editions.

LP is out December 8th 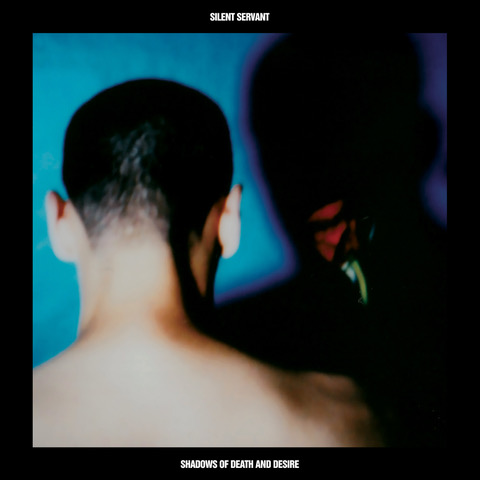